By STEVEN KLEINMAN and MATTHEW ALEXANDER

ON Jan. 22, President Obama signed an executive order banning torture and establishing a panel to examine America’s interrogation methods. The ban on torture is a major step toward reclaiming our heritage as a nation of laws and a people of character. And it will enhance the country’s security by undermining Al Qaeda’s most effective recruiting theme ”” its portrayal of the United States as a dishonorable superpower that sanctions the type of abuses so graphically captured in the images from Abu Ghraib. 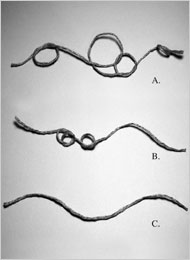 The challenge now for the panel is to reconsider the ancient practice of interrogation and bring it into the modern age. That will require making an effort to objectively assess which strategies are actually effective.

One might think that any interrogation method considered legal must also be effective. But many techniques that have been deemed lawful by lawyers at the Justice Department, the Defense Department and even the White House have never been tested for how well they elicit information from people who resist providing it. In fact, none of the methods contained in the current Army manual on interrogation have ever been scientifically tested for effectiveness.

As military interrogators, each of us has questioned hundreds of prisoners of war, terrorists and insurgents in the Middle East, Latin America and Asia ”” during both Iraq wars and the 1989 invasion of Panama ”” and we have supervised thousands of other interrogations. While we speak only for ourselves, we have seen firsthand that many standard approaches are rarely useful in eliciting reliable intelligence, and often serve only to harden a detainee’s resistance. Widely employed tactics like “fear-up harsh,” which is meant to scare a person into answering questions, or “pride and ego down,” which uses humiliation to try to overcome a person’s resistance, are actually counterproductive in establishing the kind of relationship ”” one based on trust ”” that is almost always necessary to win a detainee’s cooperation.

The most effective strategies for relationship building are the kind that interrogators used to extract critical information from high-level Japanese and German prisoners during World War II. Interrogators who were familiar with the detainees’ language and culture, and who exhaustively studied each prisoner’s case, used charisma and empathy to patiently elicit vital intelligence. Similarly, it was a relationship-building approach that we used to persuade a detainee to give us information on the whereabouts of Abu Musab al-Zarqawi, the former leader of Al Qaeda in Mesopotamia ”” information that led to his being located and killed in 2006.

Interrogation is likely to remain critical to waging the global war on terrorism and other future wars. Unfortunately, though, we have not yet taken a scientific approach to improving the way we practice it. While other forms of intelligence-gathering have benefited from research and technological advances ”” intelligence officers can intercept telephone and Internet communications or use satellite images to find people ”” interrogation has suffered from a lack of innovation. And our military lacks an elite unit of highly trained interrogators to call upon when high-level people in terrorist organizations are captured. Too often, the questioning is left to whoever is closest at hand.

The president’s new panel has a fresh opportunity to solve these problems. The group should include experienced interrogators and policymakers who recognize the need to examine longstanding interrogation methods objectively. The panel should consider creating a research center devoted to gathering and analyzing the valuable lessons that interrogators have learned in the course of our current conflicts, establishing a clear and stringent standard of conduct and ethics and building a cadre of skilled interrogators. Researchers at such a center could also evaluate all strategies now used in questioning and identify other methods that are both effective and consistent with our legal and moral traditions.

Interrogation is both art and science; like any profession, it is a dynamic endeavor with potential for continual improvement. Learning to be really good at handling and questioning detainees is prelude to becoming truly great as a nation.