When Doctors Take Their Own Advice

For years, when Minnesota physician Dr. Chris Balgobin saw patients with diabetes and high blood pressure, he found it difficult to counsel them about losing weight and exercise. 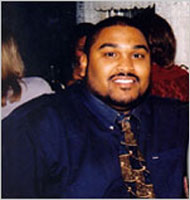 Before slimming down, Dr. Balgobin found it difficult to talk to patients about weight loss.

That’s because Dr. Balgobin was overweight himself ”” at his heaviest, he carried 304 pounds on his 5-foot-6-inch frame.

“It was hard for me to tell them about losing weight and exercise because I’ve been big all of my life,” said Dr. Balgobin. “I would say, ”˜Yes, it’s a struggle.’ But then I would say ”˜they’ say to reduce calories and exercise. I could never put it on me as the authority figure.”

But in January, Dr. Balgobin, a family practice doctor for Fairview Health Services in Apple Valley, Minn., says he was inspired by one of his own patients who had lost 60 pounds through diet and exercise. He talked to his wife and together they decided to change their eating habits, exercise more and try to lose weight together. 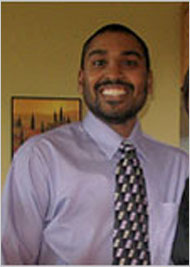 Dr. Balgobin said he used tools on DiscoveryHealth.com to calculate his metabolic rate and calorie needs. He cut out fast food and began counting calories, and he and his wife began working out at a health club together. He also began eating breakfast regularly.

Dr. Balgobin has since lost 120 pounds. He says weight loss has not only changed his life, but it has changed his relationship with his patients. A bulletin board filled with pictures of him with babies and patients allows patients to see “all the different sizes of me,” he said. “Now I can say, ”˜This is what I’ve done.’ ”

Studies show that the health of your doctor does matter. Doctors who eat well and exercise regularly are more likely to counsel their patients to do the same thing, and patients are more likely to listen, research shows. Earlier this year, the medical journal Preventive Medicine published a survey of more than 2,300 graduating medical school students that showed student-doctors with healthy habits were more likely to talk to their patients about prevention strategies like diet and exercise. Another report, called the Women’s Physician Health Study, also found that doctors tend to advise patients about health issues that they themselves practice ”” like eating a low-fat diet or using sunscreen.

It may seem obvious, but lots of doctors don’t practice what they are supposed to be preaching. A 2004 study of 85,000 male physicians found that 44 percent were overweight and 6 percent were obese. Harvard physician Dr. JoAnn Manson, a co-author of that study, told Stanford Medicine magazine that physicians need to be role models. “We will have much more credibility promoting lifestyle modifications to our patients if we also ”˜walk the walk,’” Dr. Manson told the magazine, which recently wrote about the link between doctor and patient health.

Dr. Balgobin said that since losing weight, he talks more to patients about healthful living and how it has not only improved his life, but improved his marriage. Some of his patients have even joined his health club, he said.

“Being a physician, people see you every day,” said Dr. Balgobin. “Everything is how you present yourself. I want to be an inspiration to them.”