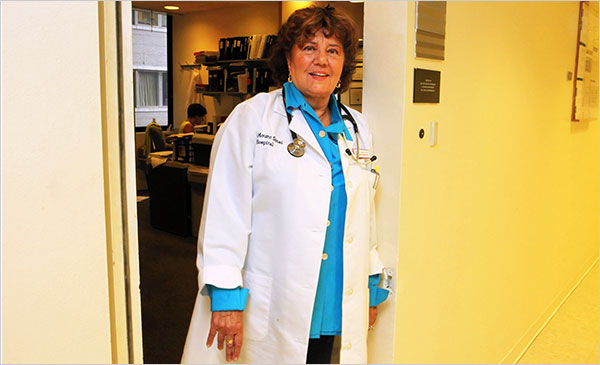 For more than four years, Joann Citrone of West Deptford, N.J., went through round after round of expensive infertility treatments. But it wasn’t until two years after she and her husband adopted their second child from South Korea that she was finally given a correct diagnosis.

She suffered from a common yet often overlooked condition that can lead to infertility and a host of perplexing symptoms ”” yet is easily treated when it is properly diagnosed.

The condition is nonclassical congenital adrenal hyperplasia, or C.A.H. ”” a hormone deficiency that leads to excess production of androgens. In women it can interfere with ovulation; in men it can cause low sperm count. In addition, it can lead to short stature, body odor, acne, irregular menstruation and the excessive hair growth called hirsutism. (Ms. Citrone, now 38, had some of these symptoms, too.)

“The treatment is so cheap and easy,” said Dr. Maria New, a professor of pediatrics and human genetics at Mount Sinai School of Medicine who is considered the leading authority on C.A.H.

The diagnosis is based on a blood test for excess levels of a hormone called 17-hydroxyprogesterone ”” there is also a genetic test ”” and treatment involves small doses of the steroid dexamethasone. It can reverse many of the symptoms in three months to two and a half years.

Dr. New, who has studied the disease among New Yorkers, said she found it in 1 out of 100 people, but more often in certain ethnic groups ”” 1 in 27 Ashkenazi Jews, for example, and 1 in 40 Hispanics. It is the most common of the autosomal recessive diseases, in which a child inherits two copies of a recessive gene from his parents ”” a class that includes sickle cell anemia, Tay-Sachs and cystic fibrosis. But not everyone with the disease has symptoms or needs to be treated.

“It’s very variable,” Dr. New said, “and sometimes only one symptom is expressed.”

In its more severe form, classic C.A.H., the excess production of androgens can result in ambiguous genitalia in girls. In the nonclassic form, the excess androgen is lower and the symptoms are milder or nonexistent.

Not all fertility centers test for the disease, or they test for it only after they have tried other treatments. Some obstetricians are unaware of the disease and its effect on fertility, said Dr. Zev Rosenwaks, director of the Center for Reproductive Medicine at NewYork Presbyterian-Weill Cornell hospital.

Dr. Jamie Grifo, director of reproductive endocrinology at the New York University School of Medicine, said he tests patients for the disease if they cannot ovulate and fail to respond to ovulation medications.

“I think this gets missed not infrequently,” he said. “I don’t think it’s the most common thing, but more common than people realize.”

Symptoms like irregular periods, acne and hirsutism can mimic those of a better-known condition called PCOS (for polycystic ovarian syndrome). Indeed, one study suggested that 10 percent of women with that syndrome had mild C.A.H. Dr. Rosenwaks said he tests women for it if they have PCOS, but many centers do not.

In younger patients, the disease is often mistaken for precocious puberty. “A lot of reports are saying the age of onset of puberty is beginning to get lower, so a lot of doctors dismiss the symptoms of early puberty,” said Suzanne Levy, acting executive director of the Cares Foundation, a research and advocacy organization for people with C.A.H.

Ms. Citrone, for example, was at first told she had high testosterone. “Growing up, I never felt like a girl or a woman,” she said, adding, “I was misdiagnosed for 15 years.”

Finally, after she got the correct diagnosis, she was treated with dexamethasone. Now she has regular periods, many of her other symptoms have ebbed, and she has been told she could probably have a child if she chose to.

Terri, who asked that her last name not be used to protect her privacy, noticed that her 6-year-old daughter had blond underarm hair. At the girl’s 7-year well-child visit, the pediatrician also noticed faint pubic hair, and though she suspected precocious puberty, she sent the girl to an endocrinologist.

After several months, she was given a diagnosis of nonclassical C.A.H. Doctors were reluctant to use steroids because of concerns about their long-term effects, but after a year and a half her bones had begun to grow too rapidly, and other distressing symptoms began to crop up: more hair growth, very oily hair and strong body odor. So she was given low doses of steroids.

The accelerated bone growth characteristic of C.A.H. in children does not last long, and they can end up with abnormally short stature. “These children are the tallest in their class,” Dr. New said, “but then they stop growing when they are 7 or 8 years old.”

To counter that, some children are given the hormones called glucocorticoids; others receive growth hormones or drugs to delay the onset of puberty, when bone growth ends. But that treatment is considered experimental, said Dr. Phyllis W. Speiser, chief of pediatric endocrinology at Schneider Children’s Hospital in New Hyde Park, N.Y.

Many teenagers with severe acne or hirsutism, particularly those who did not have the earlier symptoms of the disease, get incorrect diagnoses. They may be given drugs and expensive hair-removal treatments before being tested for C.A.H. or referred to an endocrinologist. “The diagnosis should precede the treatment,” Dr. Speiser said.

Not every child with the condition should be treated with glucocorticoids. “There are patients who have minimal symptoms and may respond to acne treatments,” Dr. Speiser said. And people who test positive for C.A.H. but are asymptomatic do not seem to benefit from glucocorticoids.

“The classes of people that need to be evaluated,” she said, “are children with early signs of pubertal development, young women with excess body or facial hair, anyone with acne that’s not responding to normal treatments, those with severely irregular menstrual periods, and those with fertility problems.”

Ms. Citrone, who underwent the expensive fertility treatments, says she was relieved to learn at last what was going on in her body.

“I can tell you, I felt very angry and shortchanged,” she said. “But the doctor who diagnosed me correctly, she saved my life.”