According to a new study, vitamin D deficiency is associated with arterial stiffness, a risk factor for heart disease and stroke, in black teens. Vitamin D supplementation of 2,000 international units (IU) per day resulted in a decrease in central arterial stiffness.

Further, a separate report highlighted just how widespread vitamin D deficiency is, noting that a huge part of the population is deficient in this essential nutrient.

Every tissue in your body, including your brain, heart, muscles and immune system, has receptors for vitamin D, meaning that this nutrient is needed at proper levels for these tissues to function well.

According to the New York Times:

“Studies indicate that the effects of a vitamin D deficiency include an elevated risk of developing (and dying from) cancers of the colon, breast and prostate; high blood pressure and cardiovascular disease; osteoarthritis; and immune-system abnormalities that can result in infections and autoimmune disorders like multiple sclerosis, Type 1 diabetes and rheumatoid arthritis.”

Low levels of vitamin D could account for the high incidence of several chronic diseases in the U.S. For example, he said, in the Northeast, where sun exposure is reduced and vitamin D levels consequently are lower, cancer rates are higher than in the South.

What Do You Lack? Probably Vitamin D

Vitamin D promises to be the most talked-about and written-about supplement of the decade. While studies continue to refine optimal blood levels and recommended dietary amounts, the fact remains that a huge part of the population ”” from robust newborns to the frail elderly, and many others in between ”” are deficient in this essential nutrient. 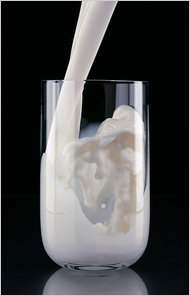 If the findings of existing clinical trials hold up in future research, the potential consequences of this deficiency are likely to go far beyond inadequate bone development and excessive bone loss that can result in falls and fractures. Every tissue in the body, including the brain, heart, muscles and immune system, has receptors for vitamin D, meaning that this nutrient is needed at proper levels for these tissues to function well.

Studies indicate that the effects of a vitamin D deficiency include an elevated risk of developing (and dying from) cancers of the colon, breast and prostate; high blood pressure and cardiovascular disease; osteoarthritis; and immune-system abnormalities that can result in infections and autoimmune disorders like multiple sclerosis, Type 1 diabetes and rheumatoid arthritis.

Most people in the modern world have lifestyles that prevent them from acquiring the levels of vitamin D that evolution intended us to have. The sun’s ultraviolet-B rays absorbed through the skin are the body’s main source of this nutrient. Early humans evolved near the equator, where sun exposure is intense year round, and minimally clothed people spent most of the day outdoors.

“As a species, we do not get as much sun exposure as we used to, and dietary sources of vitamin D are minimal,” Dr. Edward Giovannucci, nutrition researcher at the Harvard School of Public Health, wrote in The Archives of Internal Medicine. Previtamin D forms in sun-exposed skin, and 10 to 15 percent of the previtamin is immediately converted to vitamin D, the form found in supplements. Vitamin D, in turn, is changed in the liver to 25-hydroxyvitamin D, the main circulating form. Finally, the kidneys convert 25-hydroxyvitamin D into the nutrient’s biologically active form, 1,25-dihydroxyvitamin D, also known as vitamin D hormone.

“Throughout most of human evolution,” Dr. Giovannucci wrote, “when the vitamin D system was developing, the ”˜natural’ level of 25-hydroxyvitamin D was probably around 50 nanograms per milliliter or higher. In modern societies, few people attain such high levels.”

People in colder regions form their year’s supply of natural vitamin D in summer, when ultraviolet-B rays are most direct. But the less sun exposure, the darker a person’s skin and the more sunscreen used, the less previtamin D is formed and the lower the serum levels of the vitamin. People who are sun-phobic, babies who are exclusively breast-fed, the elderly and those living in nursing homes are particularly at risk of a serious vitamin D deficiency.

Dr. Michael Holick of Boston University, a leading expert on vitamin D and author of “The Vitamin D Solution” (Hudson Street Press, 2010), said in an interview, “We want everyone to be above 30 nanograms per milliliter, but currently in the United States, Caucasians average 18 to 22 nanograms and African-Americans average 13 to 15 nanograms.” African-American women are 10 times as likely to have levels at or below 15 nanograms as white women, the third National Health and Nutrition Examination Survey found.

Such low levels could account for the high incidence of several chronic diseases in this country, Dr. Holick maintains. For example, he said, in the Northeast, where sun exposure is reduced and vitamin D levels consequently are lower, cancer rates are higher than in the South. Likewise, rates of high blood pressure, heart disease, and prostate cancer are higher among dark-skinned Americans than among whites.

The rising incidence of Type 1 diabetes may be due, in part, to the current practice of protecting the young from sun exposure. When newborn infants in Finland were given 2,000 international units a day, Type 1 diabetes fell by 88 percent, Dr. Holick said.

The current recommended intake of vitamin D, established by the Institute of Medicine, is 200 I.U. a day from birth to age 50 (including pregnant women); 400 for adults aged 50 to 70; and 600 for those older than 70. While a revision upward of these amounts is in the works, most experts expect it will err on the low side. Dr. Holick, among others, recommends a daily supplement of 1,000 to 2,000 units for all sun-deprived individuals, pregnant and lactating women, and adults older than 50. The American Academy of Pediatrics recommends that breast-fed infants receive a daily supplement of 400 units until they are weaned and consuming a quart or more each day of fortified milk or formula.

Given appropriate sun exposure in summer, it is possible to meet the body’s yearlong need for vitamin D. But so many factors influence the rate of vitamin D formation in skin that it is difficult to establish a universal public health recommendation. Asked for a general recommendation, Dr. Holick suggests going outside in summer unprotected by sunscreen (except for the face, which should always be protected) wearing minimal clothing from 10 a.m. to 3 p.m. two or three times a week for 5 to 10 minutes.

Slathering skin with sunscreen with an SPF of 30 will reduce exposure to ultraviolet-B rays by 95 to 98 percent. But if you make enough vitamin D in your skin in summer, it can meet the body’s needs for the rest of the year, Dr. Holick said.

Can You Get Too Much?

If acquired naturally through skin, the body’s supply of vitamin D has a built-in cutoff. When enough is made, further exposure to sunlight will destroy any excess. Not so when the source is an ingested supplement, which goes directly to the liver.

Symptoms of vitamin D toxicity include nausea, vomiting, poor appetite, constipation, weakness and weight loss, as well as dangerous amounts of calcium that can result in kidney stones, confusion and abnormal heart rhythms.

But both Dr. Giovannucci and Dr. Holick say it is very hard to reach such toxic levels. Healthy adults have taken 10,000 I.U. a day for six months or longer with no adverse effects. People with a serious vitamin D deficiency are often prescribed weekly doses of 50,000 units until the problem is corrected. To minimize the risk of any long-term toxicity, these experts recommend that adults take a daily supplement of 1,000 to 2,000 units.

This article has been revised to reflect the following correction:

The Personal Health column on Tuesday, about the deficiency of vitamin D in much of the population, referred imprecisely to the publisher of a book by Dr. Michael Holick of Boston University, who said low levels of the vitamin could be contributing to high rates of some chronic diseases. While Penguin did not publish Dr. Holick’s book, “The Vitamin D Solution,” it owns the imprint that did, Hudson Street Press.