A Pinpoint Beam Strays Invisibly, Harming Instead of Healing

By WALT BOGDANICH and KRISTINA REBELO

The initial accident report offered few details, except to say that an unidentified hospital had administered radiation overdoses to three patients during identical medical procedures. 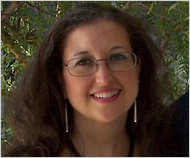 Marci Faber is nearly comatose after a treatment mistake.

Articles in this series examine issues arising from the increasing use of medical radiation and the new technologies that deliver it.

Previous Articles in the Series »

Terri Anderson was given too much radiation last year while being treated for a benign tumor. She now suffers facial spasms. “I started having 12 to 14 of those a day,” she said.

It was not until many months later that the full import of what had happened in the hospital last year began to surface in urgent nationwide warnings, which advised doctors to be extra vigilant when using a particular device that delivers high-intensity, pinpoint radiation to vulnerable parts of the body.

Marci Faber was one of the three patients. She had gone to Evanston Hospital in Illinois seeking treatment for pain emanating from a nerve deep inside her head. Today, she is in a nursing home, nearly comatose, unable to speak, eat or walk, leaving her husband to care for their three young daughters.

Two other patients were overdosed before the hospital realized that the device, a linear accelerator, had inexplicably allowed radiation to spill outside a heavy metal cone attachment that was supposed to channel the beam to a specific spot in the brain. One month later, the same accident happened at another hospital.

The treatment Ms. Faber received, stereotactic radiosurgery, or SRS, is one of the fastest-growing radiation therapies, a technological innovation designed to target tiny tumors and other anomalies affecting the brain or spinal cord, while minimizing damage to surrounding tissue.

Because the radiation is so concentrated and intense, accuracy is especially important. Yet, according to records and interviews, the SRS unit at Evanston lacked certain safety features, including those that might have prevented radiation from leaking outside the cone.

The mistakes in Evanston involve linear accelerators ”” commonly used for standard radiation therapy ”” that were redesigned by the manufacturer, Varian Medical Systems, so they could also perform SRS. As the devices became more versatile and complex, problems arose when vital electronic components could not communicate with one another.

In the last five years, SRS systems made by Varian and its frequent German partner, Brainlab, have figured in scores of errors and overdoses, The New York Times has found. Some mistakes were caused by operator error. In Missouri, for example, 76 patients were overradiated because a medical physicist did not realize that the smaller radiation beam used in radiosurgery had to be calibrated differently than the larger beam used for more traditional radiation therapy.

Medical physicists say there is nothing inherently wrong with linear accelerators that deliver general radiation therapy, as well as SRS. And, they say, the overdoses might have been caught had users followed a more rigorous system of checks and double-checks.

“Tens of thousands of patients have been treated with protocols properly followed and no mistakes were made,” said Dr. Frank J. Bova, a medical physicist in Gainesville, Fla., and a pioneer in developing and enhancing the accuracy of SRS. “It has changed many difficult procedures, ones with high surgical risk, into one-day outpatient procedures.”

But radiation safety experts say the retrofitted devices made up of different companies’ products present a special challenge.

Dr. Howard I. Amols, chief of clinical physics at Memorial Sloan-Kettering Cancer Center in New York, said some problems appeared to be “a combination of user error, coupled with neither the manufacturers nor the F.D.A. being able to anticipate a potential safety flaw in a ”˜mix and match’ treatment delivery system.”

Dr. William David Bloomer, chairman of radiation medicine at Evanston Hospital, said the mistakes happened even though medical personnel there had followed the manufacturer’s instructions. “We rely on them to make sure the medical devices are safe,” he said.

Varian, the world’s leading manufacturer of linear accelerators, declined to be interviewed, but said in a statement that it has “deep concern” for accident victims and their families. “Our products include many built-in safety features, and we work continually to make them even safer,” Varian said.

Brainlab denied any role in the accidents.

The accidents highlight shortcomings in the regulation of medical radiation.