Dr. Weeks’ Comment:   More reasons why we don’t allow insurance companies to interfere with the care we offer patients. 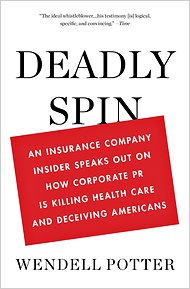 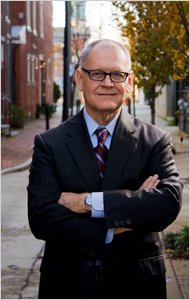 The inherent conflict of interest in a health care system anchored by for-profit insurers lurks unspoken behind nearly every debate over reform. Few politicians dare to openly address the issue; but over the last year and a half, one unlikely individual has consistently reminded us of this moral dilemma: Wendell Potter.

In articles, interviews and testimony before Congress, Mr. Potter has described the dark underbelly of the health care insurance industry ”” broken promises of care, canceled coverage of those who fall ill and behind-the-scenes campaigns designed to discredit individuals and snuff out any attempts at reform that might adversely affect profits. And he has the street cred to do so. For 20 years, he was the head of corporate communications at two major insurers, first at Humana and then at Cigna.

Now Mr. Potter has written a fascinating new book, “Deadly Spin” (Bloomsbury, 2010). As I write in today’s Doctor and Patient column, the book details the methods he and his colleagues used to manipulate public opinion and describes his transformation from the idealistic son of working class parents in eastern Tennessee to top insurance company executive, to vocal critic and industry watchdog.

To learn more about “Deadly Spin,” Wendell Potter and the 17-year-old patient whose death affected Mr. Potter so profoundly he left corporate public relations for good, read the full column, “When Insurers Put Profits Between Doctors and Patients,”