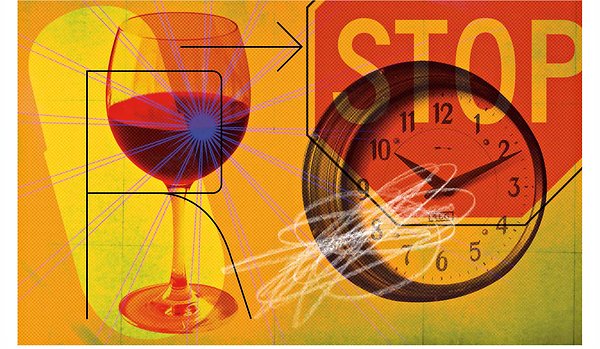 The pharmaceutical company Sirtris announced last month that it had halted the last of its clinical trials of resveratrol, the minor ingredient of red wine that some researchers see as a drug that can extend life.

Get Science News From The New York Times »

The decision signifies an apparent divergence of views on the merits of resveratrol between the current head of the company, which was bought by GlaxoSmithKline in 2008 for $720 million, and its founders.

George Vlasuk, Sirtris’s chief executive, said in an interview last week that SRT501, Sirtris’s formulation of resveratrol, “was not an important part of the acquisition of Sirtris by GSK.” Resveratrol has several features that make it unsuitable as a drug, he said. These include the fact that it is hard to maintain a consistent level of resveratrol in the bloodstream and that it seems to have different effects at different doses.

Resveratrol is thought to work in humans by activating a protein called SIRT1, but at some doses it actually inhibits SIRT1, Dr. Vlasuk said.

In addition, from a commercial point of view, resveratrol is a natural substance and not patentable.

Glaxo’s purchase of Sirtris, Dr. Vlasuk said, was more because the company afforded an entry into a new research field, and had developed several small, synthetic, patentable chemicals that mimic resveratrol in activating SIRT1. SIRT1 is thought to extend life in mice fed low-calorie diets, and researchers hope it may do the same in people by enhancing tissue maintenance and postponing the usual diseases of age.

Sirtris has completed three clinical trials with its synthetic resveratrol-mimicking drugs and will announce the results next year. These drugs work fairly specifically on SIRT1, unlike resveratrol, which also affects many other processes in the cell. “We have much more confidence that we are targeting SIRT1 and that it’s an important target. Resveratrol is not that important any more,” Dr. Vlasuk said.

But the co-founders of Sirtris, David Sinclair and Christoph Westphal, retain their confidence in resveratrol. Dr. Sinclair, a researcher at the Harvard Medical School, has long taken resveratrol. Referring to the unpublished results of a new trial with rhesus monkeys, he said that resveratrol “was and remains an excellent proof-of-concept molecule.”

Dr. Westphal said he believed there is accumulating evidence that resveratrol and Sirtris’s resveratrol-mimicking chemicals activate SIRT1, and that sirtuin-activating drugs have beneficial effects in animal and human studies.

Based on preliminary data about the synthetic drugs tested by Sirtris, “I’m as optimistic about the science and the potential of sirtuin activators as I’ve ever been,” Dr. Sinclair said. Sirtuin is the name of a family of proteins of which SIRT1 is the most important. Humans have seven sirtuins, all with different roles.

The rhesus monkey trial has been conducted by Rafael de Cabo, a researcher at the National Institute on Aging. It is similar to a study on mice in which he and Dr. Sinclair showed resveratrol extended the life of obese mice fed on a high-fat diet, but not of normal mice. Even the normal mice, however, showed some improvement on measures of heart function and bone loss. Dr. de Cabo said he could not discuss the results of the study until it is published. It looked at various markers of disease but did not try to assess resveratrol’s effect on longevity, given that rhesus monkeys live 40 years and it takes a long time assess any effect on life span.

“Resveratrol is a complex molecule in that it has many targets, and it behaves differently depending on the tissue and the metabolic status of the organism,” Dr. de Cabo said. That may make it too complex for a pharmaceutical company, which must prove to the Food and Drug Administration that a new drug works by a defined mechanism on a specific target. But resveratrol remains of great interest to researchers. “What is the actual use for humans still needs to be discovered,” he said.

Dr. de Cabo said he does not take resveratrol. “I don’t think it’s a reasonable thing for people to start consuming these compounds without more information,” he said.