Dr. Weeks’ Comment: This is an interesting article  – thanks for sharing it, Fiona!~ 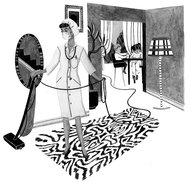 I’M a doctor and a mother of four, and I’ve always practiced medicine full time. When I took my board exams in 1987, female doctors were still uncommon, and we were determined to work as hard as any of the men.

Today, however, increasing numbers of doctors ”” mostly women ”” decide to work part time or leave the profession. Since 2005 the part-time physician workforce has expanded by 62 percent, according to recent survey data from the American Medical Group Association, with nearly 4 in 10 female doctors between the ages of 35 and 44 reporting in 2010 that they worked part time.

This may seem like a personal decision, but it has serious consequences for patients and the public.

Medical education is supported by federal and state tax money both at the university level ”” student tuition doesn’t come close to covering the schools’ costs ”” and at the teaching hospitals where residents are trained. So if doctors aren’t making full use of their training, taxpayers are losing their investment. With a growing shortage of doctors in America, we can no longer afford to continue training doctors who don’t spend their careers in the full-time practice of medicine.

It isn’t fashionable (and certainly isn’t politically correct) to criticize “work-life balance” or part-time employment options. How can anyone deny people the right to change their minds about a career path and choose to spend more time with their families? I have great respect for stay-at-home parents, and I think it’s fine if journalists or chefs or lawyers choose to work part time or quit their jobs altogether. But it’s different for doctors. Someone needs to take care of the patients.

The Association of American Medical Colleges estimates that, 15 years from now, with the ranks of insured patients expanding, we will face a shortage of up to 150,000 doctors. As many doctors near retirement and aging baby boomers need more and more medical care, the shortage gets worse each year.

The decline in doctors’ pay is part of the problem. As we look at Medicare and Medicaid spending cuts, we need to be careful not to drive the best of the next generation away from medicine and into, say, investment banking.

But the productivity of the doctors currently practicing is also an important factor. About 30 percent of doctors in the United States are female, and women received 48 percent of the medical degrees awarded in 2010. But their productivity doesn’t match that of men. In a 2006 survey by the American Medical Association and the Association of American Medical Colleges, even full-time female doctors reported working on average 4.5 fewer hours each week and seeing fewer patients than their male colleagues. The American Academy of Pediatrics estimates that 71 percent of female pediatricians take extended leave at some point ”” five times higher than the percentage for male pediatricians.

This gap is especially problematic because women are more likely to go into primary care fields ”” where the doctor shortage is most pronounced ”” than men are. Today 53 percent of family practice residents, 63 percent of pediatric residents and nearly 80 percent of obstetrics and gynecology residents are female. In the low-income areas that lack primary and prenatal care, there are more emergency room visits, more preventable hospitalizations and more patients who die of treatable conditions. Foreign doctors emigrate to the United States to help fill these positions, but this drains their native countries of desperately needed medical care.

If medical training were available in infinite supply, it wouldn’t matter how many doctors worked part time or quit, because there would always be new graduates to fill their spots. But medical schools can only afford to accept a fraction of the students who apply.

An even tighter bottleneck exists at the level of residency training. Residents don’t pay tuition; they are paid to work at teaching hospitals. Their salaries are supported by Medicare, which pays teaching hospitals about $9 billion a year for resident salaries and teaching costs as well as patient care.

In 1997, Congress imposed a cap on how many medical residencies the government could subsidize as part of the Balanced Budget Act. Last year, the Senate failed to pass an amendment to the health care bill that would have created thousands of new residency positions. Even if American medical schools could double their graduating classes, there wouldn’t be additional residency positions for the new doctors. Federal and state financing to expand medical education will be hard to find in today’s economic and political climate.

We often hear the argument that nurse practitioners, nurse anesthetists and physician assistants can stand in for doctors and provide cheaper care. But when critical decisions must be made, patients want a fully qualified doctor to lead the health care team.

Policy makers could encourage more doctors to stay in the profession by reforming the malpractice system to protect them from frivolous lawsuits, safeguarding their pay from further Medicare cuts and lightening the burden of bureaucratic regulations and paperwork. And in a perfect world, hospitals and clinics could keep more female doctors working full time by setting up child care centers ”” with long operating hours ”” on site.

In the meantime, we can only depend on doctors’ own commitment to the profession.

Students who aspire to go to medical school should think about the consequences if they decide to work part time or leave clinical medicine. It’s fair to ask them ”” women especially ”” to consider the conflicting demands that medicine and parenthood make before they accept (and deny to others) sought-after positions in medical school and residency. They must understand that medical education is a privilege, not an entitlement, and it confers a real moral obligation to serve.

I recently spoke with a college student who asked me if anesthesiology is a good field for women. She didn’t want to hear that my days are unpredictable because serious operations can take a long time and emergency surgery often needs to be done at night. What she really wanted to know was if my working life was consistent with her rosy vision of limited work hours and raising children. I doubt that she welcomed my parting advice: If you want to be a doctor, be a doctor.

You can’t have it all. I never took cupcakes to my children’s homerooms or drove carpool, but I read a lot of bedtime stories and made it to soccer games and school plays. I’ve ridden roller coasters with my son, danced at my oldest daughter’s wedding and rocked my first grandson to sleep. Along the way, I’ve worked full days and many nights, and brought a lot of very sick patients through long, difficult operations.

Patients need doctors to take care of them. Medicine shouldn’t be a part-time interest to be set aside if it becomes inconvenient; it deserves to be a life’s work.

Karen S. Sibert is an anesthesiologist.