Mammogram’s Role as Savior Is Tested 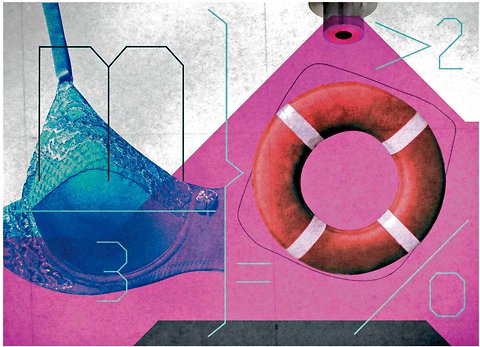 Has the power of the mammogram been oversold?

At a time when medical experts are rethinking screening guidelines for prostate and cervical cancer, many doctors say it’s also time to set the record straight about mammography screening for breast cancer. While most agree that mammograms have a place in women’s health care, many doctors say widespread “Pink Ribbon” campaigns and patient testimonials have imbued the mammogram with a kind of magic it doesn’t have. Some patients are so committed to annual screenings they even begin to believe that regular mammograms actually prevent breast cancer, said Dr. Susan Love, a prominent women’s health advocate. And women who skip a mammogram often beat themselves up for it.

“You can’t expect from mammography what it cannot do,” said Dr. Laura Esserman, director of the breast care center at the University of California, San Francisco. “Screening is not prevention. We’re not going to screen our way to a cure.”

A new analysis published Monday in Archives of Internal Medicine offers a stark reality check about the value of mammography screening. Despite numerous testimonials from women who believe “a mammogram saved my life,” the truth is that most women who find breast cancer as a result of regular screening have not had their lives saved by the test, conclude two Dartmouth researchers, Dr. H. Gilbert Welch and Brittney A. Frankel.

Dr. Welch notes that clearly some women are helped by mammography screening, but the numbers are lower than most people think. The Dartmouth researchers conducted a series of calculations estimating a woman’s 10-year risk of developing breast cancer and her 20-year risk of death, factoring in the added value of early detection based on data from various mammography screening trials as well as the benefits of improvements in treatment. Among the 60 percent of women with breast cancer who detected the disease by screening, only about 3 percent to 13 percent of them were actually helped by the test, the analysis concluded.

Translated into real numbers, that means screening mammography helps 4,000 to 18,000 women each year. Although those numbers are not inconsequential, they represent just a small portion of the 230,000 women given a breast cancer diagnosis each year, and a fraction of the 39 million women who undergo mammograms each year in the United States.

“The presumption often is that anyone who has had cancer detected has survived because of the test, but that’s not true,” Dr. Welch said. “In fact, and I hate to have to say this, in screen-detected breast and prostate cancer, survivors are more likely to have been overdiagnosed than actually helped by the test.”

How is it possible that finding cancer early isn’t always better? One way to look at it is to think of four different categories of breast cancer found during screening tests. First, there are slow-growing cancers that would be found and successfully treated with or without screening. Then there are aggressive cancers, so-called bad cancers, that are deadly whether they are found early by screening, or late because of a lump or other symptoms. Women with cancers in either of these groups are not helped by screening.

Then there are innocuous cancers that would never have amounted to anything, but they still are treated once they show up as dots on a mammogram. Women with these cancers are subject to overdiagnosis ”” meaning they are treated unnecessarily and harmed by screening.

Finally, there is a fraction of cancers that are deadly but, when found at just the right moment, can have their courses changed by treatment. Women with these cancers are helped by mammograms. Clinical trial data suggests that 1 woman per 1,000 healthy women screened over 10 years falls into this category, although experts say that number is probably even smaller today because of advances in breast cancer treatments.

Colin Begg, head of the department of epidemiology and biostatistics at Memorial Sloan-Kettering Cancer Center in New York, said that he supports mammography screening and believes that it does save lives. But he agrees that many women wrongly attribute their survival after cancer to early detection as a result of mammography.

“Of all the women who have a screening test who have breast cancer detected, and eventually survive the cancer, the vast majority would have survived anyway,” Dr. Begg said. “It only saved the lives of a very small fraction of them.”

The notion that screening mammograms aren’t helping large numbers of women can be hard for many women and breast cancer advocates to accept. It also raises questions about whether there are better uses for the hundreds of millions of dollars spent on awareness campaigns and the $5 billion spent annually on mammography screening.

One of the reasons screening doesn’t make much difference is that advances in breast cancer treatment make it possible to save even many women with more advanced cancers.

“Screening is but one of the tools that we have to reduce the chance of dying of breast cancer,” Dr. Esserman said. “The treatments that we have actually make up for a good deal of the benefits of screening.”

The Dartmouth analysis comes two years after a government advisory panel’s recommendations to scale back mammography screening angered many women and advocacy groups. The panel, the United States Preventive Services Task Force, advised women to delay regular screening until age 50, instead of 40, and to be tested every other year, instead of annually, until age 74. The recommendations mean a woman would undergo just 13 mammograms in her lifetime, rather than the 35 she would experience if she began annual testing at age 40.

But the new recommendations have scared many women who believe skipping an annual mammogram puts them at risk of finding breast cancer too late. But Donald Berry, a biostatistician at M.D. Anderson Cancer Center in Houston, said adding more screening is not going to help more women.

“Most breast cancers are not lethal, however found,” Dr. Berry said. “Screening mammograms preferentially find cancers that are slowly growing, and those are the ones that are seldom deadly. Getting something noxious out of the body as soon as possible leads women to think screening saved their lives. That is most unlikely.”

Dr. Love, a clinical professor of surgery at the David Geffen School of Medicine at the University of California, Los Angeles, says the scientific understanding of cancer has changed in the years since mammography screening was adopted. As a result, she would like to see less emphasis on screening and more focus on cancer prevention and treatment for the most aggressive cancers, particularly those that affect younger women. Roughly 15 percent to 20 percent of breast cancers are deadly.