The Next Nightmare May Lurk in the Medicine Cabinet 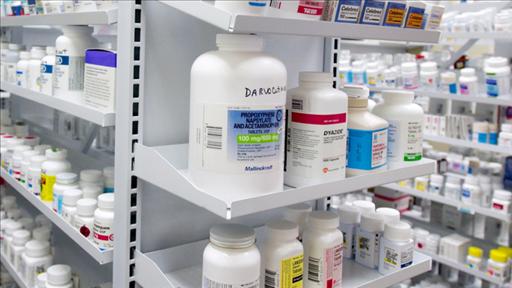 A long list of popular medications, from antihistamines to antidepressants to beta-blockers, are known to cause nightmares, largely because they interrupt natural REM and nonREM sleep cycles. Melinda Beck on Lunch Break looks at why this happens.

The next time you’re outrunning a pack of hungry wolves, naked, and then wake up in a cold sweat, remind yourself it’s only a bad dream””and that it could be a side effect of a prescription medication you’re taking.

A wide array of drugs can cause nightmares. The list includes certain antidepressants, antibiotics, beta blockers, blood-pressure medications, statins for lowering cholesterol and drugs for Alzheimer’s and Parkinson’s diseases. Some drugs tend to cause bad dreams when they are first taken; others bring nightmares when they’re stopped. Alcohol, over-the-counter antihistamines and some dietary supplements have the same effect.

“This is a very common complaint,” says Andres San Martin, a psychiatrist in New York City. “You put a patient on an antidepressant and routinely, they’ll say, ‘You know I’m feeling better, but I’m having very vivid dreams.’ The emotion and passion can be quite overwhelming.”

Although the mechanisms aren’t completely understood, sleep experts think drugs cause nightmares because they interfere with so-called sleep architecture””the stages of light, deep and rapid-eye-movement, or REM, sleep that people typically rotate through three or four times a night. The REM stages, during which the most vivid dreams occur, normally get longer toward morning. But some medications delay or decrease REM, and some create a “REM rebound” effect when people stop taking them, making the REM stage unusually long or intense.

A broad array of prescription medications, including those to treat anxiety, high blood pressure and ADHD can cause disturbing, unusual dreams.

“Whenever REM sleep is altered, that leads to nightmares,” says Naresh Dewan, a professor of sleep medicine at Creighton University in Omaha, Neb., and co-author of a review of drug-induced sleep disturbances in June in the journal Consultant Pharmacist.

Sleep experts say medications particularly apt to bring troubling dreams are those that affect neurotransmitters, the brain’s chemical messengers that influence sleep cycles, among other things. That includes most antidepressants, as well as antihistamines and anticholinergic drugs used to treat a broad range of conditions, from overactive bladder to bronchial spasms. Sleeping pills can also disrupt sleep cycles and cause nightmares.

Pinpointing how frequently medications cause nightmares is difficult because bad dreams are so common, and there’s no way to prove cause and effect. Nearly 90% of people have nightmares at some point and about 5% of adults have them chronically, according to the American Sleep Association. Bad dreams may also be due to sleep apnea, insomnia, post-traumatic stress disorder or a carry-over from anxiety during the day. People should suspect a drug connection if weird or disturbing dreams have begun soon after starting a new medication or stopping an old one, sleep specialists say. 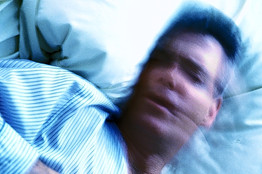 Some prescription drug labels have warnings of mention the possibility of nightmares, abnormal dreams or sleep disturbances, but some experts say nightmares they are probably underreported in trials and on labels because patients don’t think to mention them, and doctors rarely ask.

“From a doctor’s point of view, it’s sometimes a Pandora’s box because if you start routinely asking all patients about their dreams, you may be opening something that medicine cannot fix,” says P. Murali Doraiswamy a neuroscientist at Duke University Medical School.

It isn’t clear why disrupted REM sleep tends to bring nightmares rather than more pleasant dreams.

“The purpose, triggers and biology of dreams, both pleasant and frightening, are still some of the biggest mysteries in all of science,” says Dr. Doraiswamy. “It could be an evolutionary defense mechanism or could be the brain’s way of doing psychotherapy on itself.”

Modern psychiatrists, led by Allan Hobson of Harvard Medical School, believe dreams are electrical pulses from the brain stem randomly bombarding the center of the brain where visual memories are stored, creating kaleidoscopes of images around which the brain concocts stories. Followers of Sigmund Freud believe dreams are repressed desires or threats.

Nightmares aren’t necessarily harmful themselves, but if they happen frequently, they can set the stage for chronic sleep deprivation, which can hamper daytime functioning and increase the risk of diabetes and other health problems.

Some nightmares are so disturbing that the effects linger for hours or longer.

Alesandra Rain still recalls the dreams of suicide she had while taking a variety of sleep and pain medications nine years ago. In one, she went skydiving with a defective parachute; in another, she removed the lug nuts from her tires and gunned her car down a winding mountain road.

Ms. Rain, 54, was so disturbed by the dreams and the long list of drugs she was taking that she quit them cold turkey and started a nonprofit organization, Point of Return, in Westlake Village, Calif., to help others wean themselves off of multiple prescription drugs. “I haven’t had a nightmare in nine years,” she says.

Prescription for a Nightmare?

Some medications that have been reported to cause abnormal dreams and other sleep disturbances.

Most physicians tell patients not to stop medications abruptly on their own. Tapering off can help avoid withdrawal nightmares. In some cases, taking a drug at a different time of day can improve sleep. Dr. San Martin tells patients to take some SSRIs (selective serotonin reuptake inhibitors) in the morning, but those that have a sedative effect closer to bedtime. Cutting dosages or switching to another brand in the same class may also be an option.

For severe sleep disruption, some doctors give patients yet another prescription to help them sleep. Common choices include Klonopin, an antiseizure medication; Trazodone, often used in sleep clinics for insomnia, or Prazosin, a beta blocker that helps quell anxiety. All three can bring on nightmares themselves, so some doctors see prescribing a new drug as a last resort.

Some chronic nightmare sufferers find relief with Image Rehearsal Therapy, a technique pioneered in the 1990s in which patients write out their typical nightmare, then imagine a new, benign ending for it.

Shelby Harris, director of the Behavioral Sleep Medicine Program at Montefiore Medical Center in the Bronx, N.Y., says her favorite example was a young patient who kept dreaming he was being chased by a scary man. In the new scenario he concocted, the setting was the theme park in Hershey, Pa. The man was made of chocolate and the boy ate him.

Patients practice visualizing the new dream several times a day for several weeks. Even if that particular dream never recurs, the nightmares typically end. “Once people believe they have control over their nightmare, that’s when they start to get better,” says Dr. Harris.

Experts say that people who are troubled by nightmares should let their doctors know. Disturbed REM sleep and vivid dreaming can also be an early warning sign of some types of epilepsy, dementia and Parkinson’s disease.

“It’s important to address whether [nightmares] are due to a medication or if something else is going on,” says Dr. Harris. “Don’t assume that nothing can be done.”