Dr. Weeks’ Comment:   Dr. George Wolff,  one of my wise mentors in medical school, pulled me aside one hot afternoon in clinic and questioned my prescribing a newly released FDA-approved medication. “Why not use the older and cheaper version?” he inquired.   I responded citing something about the new research and the newly described benefits  in comparison, and he just smiled and uttered words I have never forgotten “When a new drug hits the market, use as much of it as you can…. while it is still available.”   He smiled to underscore his point that many new drugs are rushed to market with inadequate research and are subsequently pulled from the market due to unforeseen deleterious effects on unsuspecting patents.  Since then, I try to use tried and proven meds and not the new FDA approved versions.  Here is yet another example of this wisdom:  the older drugs are safer and more effective! 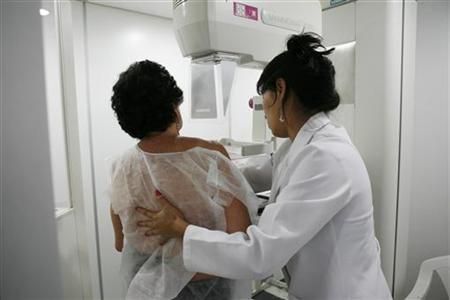 (Reuters) – A pair of newer drugs proved no better, and by some measures inferior, to the older and cheaper chemotherapy agent paclitaxel in patients with locally advanced or metastatic breast cancer, according to results of a late stage study.

Weekly dosing of paclitaxel appeared to result in significantly longer progression-free survival, or how long it takes for the disease to worsen, than Bristol-Myers Squibb’s Ixempra, researchers found. Paclitaxel therapy also led to fewer toxic side effects than Celgene Corp’s Abraxane, the 799-patient study found.

“This study demonstrates that we should not simply assume that newer drugs are always better than the standard therapies,” Dr. Hope Rugo, director of breast oncology and clinical trials education at the University of California, San Francisco, and the study’s lead investigator, said in a statement.

The findings may not immediately impact sales of the newer drugs or clinical practice as paclitaxel is listed as one of many commonly used, generic cancer treatments currently in short supply across the country. Generic drugs typically cost significantly less than brand name medications.

But the results, presented by Rugo on Sunday at the American Society of Clinical Oncology (ASCO) meeting in Chicago, suggest that these breast cancer patients may be better served by treatment with weekly paclitaxel, researchers found.

Median progression free survival was 10.6 months for those who received paclitaxel, compared with 9.2 months for Abraxane and 7.6 months for Ixempra.

The incidence of moderate to severe non-blood-related side effects, including painful sensory neuropathy, were lowest in the paclitaxel group at 16 percent compared with 25 percent for the two newer drugs.

Moderate or severe blood-related toxicities were lowest for Bristol’s Ixempra at 12 percent. That compared with 21 percent for paclitaxel and 51 percent for Abraxane.

The findings may also add fuel to Wall Street criticism that Celgene paid too much when it purchased Abraxis BioScience in 2010 for $2.9 billion in order to acquire Abraxane.

Celgene reported first quarter sales of the breast cancer drug of $104 million. That will need to grow dramatically to justify the acquisition cost.

Abraxane, which costs about $5,000 per course of treatment, is being studied in lung and pancreatic cancers and advanced melanoma. Celgene management told Sanford Bernstein analysts last week that it sees Abraxane as eventually having annual sales potential of $1.5 billion, with as much as a quarter of that coming from pancreatic cancer.

Ixempra, which costs about $14,000 to $18,000 for a typical course of treatment, is far less important to Bristol-Myers’ fortunes than Abraxane is to Celgene. In Bristol’s quarterly financial reports, Ixempra sales are not listed under key products.