Dr. Weeks’ Comment:  I feel so sorry that the average person would find accomplishing reimbursement overwhelming. 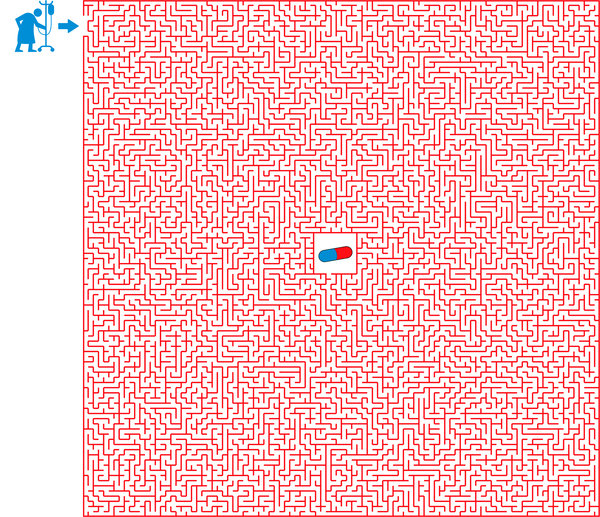 I’VE had a long career as a business journalist, beginning at Forbes and including eight years as the editor of Money, a personal finance magazine. But I’ve never faced a more confounding reporting challenge than the one I’m engaged in now: What will I pay next year for the pill that controls my blood cancer?

After making more than 70 phone calls to 16 organizations over the past few weeks, I’m still not totally sure what I will owe for my Revlimid, a derivative of thalidomide that is keeping my multiple myeloma in check. The drug is extremely expensive ”” about $11,000 retail for a four-week supply, $132,000 a year, $524 a pill. Time Warner, my former employer, has covered me for years under its SupplementaryMedicare Program, a plan for retirees that included a special Writers Guild benefit capping my out-of-pocket prescription costs at $1,000 a year. That out-of-pocket limit is scheduled to expire on Jan. 1. So what will my Revlimid cost me next year?

The answers I got ranged from $20 a month to $17,000 a year. One of the first people I phoned said that no matter what I heard, I wouldn’t know the cost until I filed a claim in January. Seventy phone calls later, that may still be the most reliable thing anyone has told me.

Like around 47 million other Medicare beneficiaries, I have until this Friday, Dec. 7, when open enrollment ends, to choose my 2013 Medicare coverage, either through traditional Medicare or a private insurer, as well as my drug coverage ”” or I will risk all sorts of complications and potential late penalties.

But if a seasoned personal-finance journalist can’t get a straight answer to a simple question, what chance do most people have of picking the right health insurance option?

A study published in the journal Health Affairs in October estimated that a mere 5.2 percent of Medicare Part D beneficiaries chose the cheapest coverage that met their needs. All in all, consumers appear to be wasting roughly $11 billion a year on their Part D coverage, partly, I think, because they don’t get reliable answers to straightforward questions.

Here’s a snapshot of my surreal experience:

NOV. 7 A packet from Time Warner informs me that the company’s new 2013 Retiree Health Care Plan has “no out-of-pocket limit on your expenses.” But Erin, the person who answers at the company’s Benefits Service Center, tells me that the new plan will have “no practical effect” on me. What about the $1,000-a-year cap on drug costs? Is that really being eliminated? “Yes,” she says, “there’s no limit on out-of-pocket expenses in 2013.” I tell her I think that could have a major effect on me.

Next I talk to David at CVS/Caremark, Time Warner’s new drug insurance provider. He thinks my out-of-pocket cost for Revlimid next year will be $6,900. He says, “I know I’m scaring you.”

I call back Erin at Time Warner. She mentions something about $10,000 and says she’ll get an estimate for me in two business days.

NOV. 8 I phone Medicare. Jay says that if I switch to Medicare’s Part D prescription coverage, with a new provider, Revlimid’s cost will drive me into Medicare’s “catastrophic coverage.” I’d pay $2,819 the first month, and 5 percent of the cost of the drug thereafter ”” $563 a month or maybe $561. Anyway, roughly $9,000 for the year. Jay says AARP‘s Part D plan may be a good option.

NOV. 9 Erin at Time Warner tells me that the company’s policy bundles United Healthcare medical coverage with CVS/Caremark’s drug coverage. I can’t accept the medical plan and cherry-pick prescription coverage elsewhere. It’s take it or leave it. Then she puts CVS’s Michele on the line to get me a Revlimid quote. Michele says Time Warner hasn’t transferred my insurance information. She can’t give me a quote without it. Erin says she will not call me with an update. I’ll have to call her.

My oncologist’s assistant steers me to Celgene, Revlimid’s manufacturer. Jennifer in “patient support” says premium assistance grants can cut the cost of Revlimid to $20 or $30 a month. She says, “You’re going to be O.K.” If my income is low enough to qualify for assistance.

NOV. 12 I try CVS again. Christine says my insurance records still have not been transferred, but she thinks my Revlimid might cost $17,000 a year.

Adriana at Medicare warns me that AARP and other Part D providers will require “prior authorization” to cover my Revlimid, so it’s probably best to stick with Time Warner no matter what the cost.

But Brooke at AARP insists that I don’t need prior authorization for my Revlimid, and so does her supervisor Brian ”” until he spots a footnote. Then he assures me that it will be easy to get prior authorization. All I need is a doctor’s note. My out-of-pocket cost for 2013: roughly $7,000.

NOV. 13 Linda at CVS says her company still doesn’t have my file, but from what she can see about Time Warner’s insurance plans my cost will be $60 a month ”” $720 for the year.

CVS assigns my case to Rebecca. She says she’s “sure all will be fine.” Well, “pretty sure.” She’s excited. She’s been with the company only a few months. This will be her first quote.

NOV. 14 Giddens at Time Warner puts in an “emergency update request” to get my files transferred to CVS.

NOV. 15 Angelina at Celgene walks me through the assistance program. The income cutoff for aid in New York City is $60,000 a year. But the rules about calculating income are fuzzy. No one can say whether I’d qualify.

Giddens tells me that he has upgraded his “emergency request” to “critical.”

NOV. 16 Rebecca at CVS calls to say my maximum out-of-pocket for Revlimid will be $6,900, but it quickly becomes clear that she’s looking at the wrong insurance plan.

Giddens at Time Warner calls to say he has my 2013 policy group number. He thinks that is all we need to get an accurate quote from CVS. He gets Tracy at CVS on the line. She disagrees. She says she needs my actual file. Giddens has news for both of us. No Time Warner retiree files will be transferred until December ”” despite the Dec. 7 open enrollment deadline.

I call Medicare again. I get a different Jay than the last time. This Jay says a private insurer will cost $500 more a month than my employer. He tells me to ask Time Warner for my policy’s “Medicare contract number.” With that number, CVS will definitely be able to see what Revlimid will cost.

Giddens at Time Warner says he has “no access” to the contract number, whatever that is.

I call back Rebecca at CVS. Using my policy group number, she says my cost will be $60 a month. She says she and her supervisor are “absolutely sure.” I ask if she will put that quote in writing. She says yes. Minutes later, she sends an e-mail confirming the quote. It seems my best bet is to stick with Time Warner’s coverage after all.

NOV. 19 Angelina at Celgene calls to see how I’m doing. I tell her I have a $60 quote in writing, but I’m still worried that someone higher up at CVS will overrule it when I submit my first claim. “It’s crazy with these insurance companies,” she says. “I think you’ll be fine. But it’s kind of scary at the same time.”

Frank Lalli is an editorial consultant on retirement issues and a former senior executive editor at Time Warner’s Time Inc.