Dr. Weeks’ Comment:  Over  the past 20 years, I have lectured around the world teaching about three things related to cancer treatment:  1) targeting cancer cells is inadequate, one must enhance immunity;  2) chemotherapy and radiation make cancer worse since injured tissue secretes IL-8, an inflammatory cytokine which recruits benign STEM cells and converts them to cancer STEM cells (CSC); and  3) all plants that exist on earth, without exception, have anti-cancer properties. This elegant article below confirms all three of my lecture points.  See here  for my most recent lecture which has continued to enrage oncologists, Big Pharma and State Medical Boards.  But the facts persuade and my assertions are increasingly being accepted and what follows is improvement in patient care!   Also good news:  PET MRI (low radiation scans for staging cancer, are becoming available as an alternative to CAT scans which impart much radiation). Contributing Writer for Wake Up World

An important new study reveals both the abject failure of conventional radiation treatment for cancer, and the very real possibility that blueberries contain a curative compound far more effective than anything modern cancer specialists have available to them to strike at the very root of cancer malignancy. 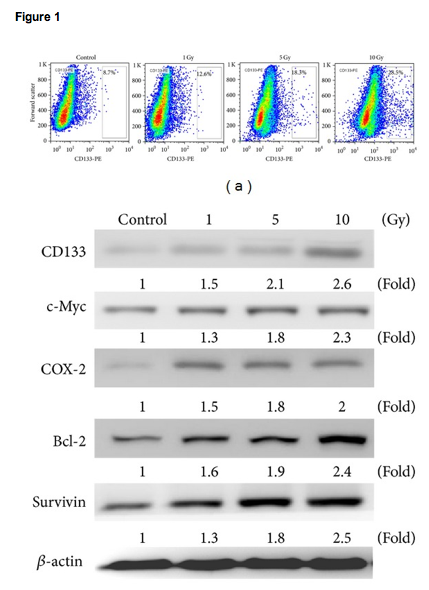 In order to fully appreciate the significance of these findings, one must first understand what cancer stem cells are.

As far as back the mid-19th century, researchers observed that cancer tissue looked like embryonic tissue, and formulated what is known as the embryonal rest theory of cancer (ERTC).[2]  According this theory, cancers grow out from a small collection of embryonal cells that persist and do not differentiate into mature adult cells. While the past century has been dominated by the view that cancer is a de-differentiation of adult cells that through repeated arbitrary damage to their DNA have gone ”˜rogue,’ the recent discovery of a small population of stem cells within most cancers, capable of differentiating into all the cell types found within various tumor samples, lends support for ERTC. Furthermore, it underscores just how misguided our views and treatments of cancer have been since the official ”˜war on cancer’ was declared by Nixxon in 1971. If cancer is not strictly a chance byproduct of multi-mutational DNA changes (known as ”˜internal Darwinism) but a highly organized hierarchy of cells created and governed by the cancer stem cell, then using what amount to weapons-grade materials of mass destruction (chemoagents and radioisotopes) to further drive mutagenesis and cause fatal collateral harm to the patient makes little sense.

Indeed, the ERTC/Cancer Stem Cell explanation is very important, as it explains the mechanism behind the abject failure of the modern chemotherapy and radiation-based standard of care.

Conventional cancer treatments were almost exclusively developed using animal models, where a therapy’s effectiveness was determined by its ability to shrink tumors. Animal models, however, are entirely inappropriate when it comes to understanding human cancer because the average rodent life span does not exceed two years, and therefore tumor relapse is exceptionally difficult if not impossible to study. When applied to human physiology, conventional chemotherapy or radiation treatment will effectively ”˜debulk’ a tumor (”˜fractional ablation’), creating the appearance that the ”˜war is being won,’ when in fact the stem cell population within that tumor has either been enriched, or worse, has been supplemented through de novo transformation of non-tumorigenic cells within a benign or indolent mass into cells with cancer stem-cell like properties, i.e. the theoretically infinite ability to self-renew.

This, of course, means that years after the original treatment, the small population of highly invasive and malignant cells can reappear somewhere else in the body, which the conventional cancer establishment often categorically denies as being linked to the original cancer (this is not unlike the re-emergence of an antibiotic resistant infection). If a patient makes it past the ‘5-year- survival mark’ post-treatment they are considered ”˜cured’ and any new cancer defined as being of novel origin and written off as unrelated to the original treatments.

And so, the emerging acknowledgment that the treatments themselves either enrich and/or create cancer stem cells, and that natural compounds have the ability to selectively kill (”˜selective cytotoxicity”˜) only the cancer stem cells, hold as much promise to the victims of cancer as it does liability to those who have been in the ”˜medical dark ages’ for so long, causing massive collateral damage and iatrogenesis in their patients all in the name of ”˜saving them.’

The new study, in the conservative tradition of peer-reviewed and published science related to oncology, suggests that pterostilbene should be used as an adjunct or complementary treatment with radiotherapy. However, we believe* that the obvious conclusion is that radiotherapy should be discontinued entirely in favor of a truly intelligent cancer stem-cell targeted treatment protocol, in combination with profound dietary and lifestyle changes consistent with using food, detoxification, and mind-body therapies to adjust the bodily environment (and by implication, the tumor microenviroment) so that cancer proliferation and cancer stem cell formation is not encouraged, but discouraged. For additional research on Radiotherapy’s ability to dramatically increase cancer malignancy up to 30-fold, view our article on the topic: Study: Radiation Therapy Can Make Cancers 30x More Malignant

Blueberries have already been found to cause programmed cell death (apoptosis) within in the significantly more virulent triple negative breast cancer cell lines,[3] and an accumulating body of research reveals that the blueberry phytocompound resveratrol has the ability to kill dozens of lethal cancer types, including targeting the cancer stem cells within them.

Blueberry is Only the Tip of the Fruit Bowl

In total, our project has identified no less than 27 substances with experimentally confirmed cancer stem cell-killing properties. View them all here on our research page dedicated to the topic: Cancer Stem Cell-Killing Substances. Also, you may be interesting in reading another article on the topic: Are Cancer Stem Cells the Key to Discovering a Cure?

Incidentally, the best way to defeat cancer stem cells is to avoid their generation and promotion in the first place. This is why the above-mentioned page on cancer stem cell-killing substances also includes a list of problematic environmental exposures associated with cancer stem cell creation, including chemotherapy, low oxygen (hypoxia), non-steroidal anti-inflammatory drugs, alcohol and surgery itself. As the subtitle of the book I co-authored articulates so clearly, “Cancer Killers: The Cause is the Cure,” meaning, removing the “cause” is the “cure.”

*This opinion is not to be substituted for, or misinterpreted as, medical advice from a licensed health care practitioner. It represents a personal viewpoint, that the author applies only to his own life, which is all he is legally empowered to affect.