Dr. Weeks’ Comment: That is why they call it the world wide  WEB – webs catch things. Anyone know how to make smoke signals?

The Government’s Secret Plan to Shut Off Cellphones and the Internet, Explained.

“I find it hard to imagine why an internet kill switch would ever be a good idea, short of some science fiction scenario.” 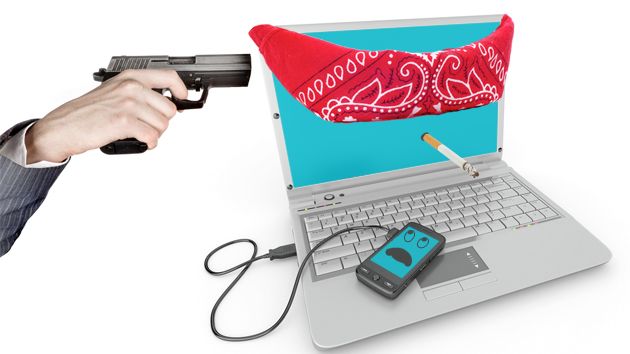 Update: The Electronic Privacy Information Center reports that the court just granted the government more time to decide whether to release the kill switch plan. It now has until January 13.

This month, the United States District Court for the District of Columbia ruled that the Department of Homeland Security must make its plan to shut off the internet and cellphone communications available to the American public. You, of course, may now be thinking: What plan?! Though President Barack Obama swiftly disapproved of ousted Egyptian President Hosni Mubarak turning off the internet in his country (to quell widespread civil disobedience) in 2011, the US government has the authority to do the same sort of thing, under a plan that was devised during the George W. Bush administration. Many details of the government’s controversial “kill switch” authority have been classified, such as the conditions under which it can be implemented and how the switch can be used. But thanks to a Freedom of Information Act lawsuit filed by the Electronic Privacy Information Center (EPIC), DHS has to reveal those details by December 12””or mount an appeal. (The smart betting is on an appeal, since DHS has fought to release this information so far.) Yet here’s what we do know about the government’s “kill switch” plan:

What is a kill switch? A kill switch refers to the government’s authority to disconnect commercial and private wireless networks””affecting both cellphones and the internet””in the event of an emergency, such as a viable threat of a terrorist attack.

How does a kill switch work? There isn’t any kind of big red button the Obama administration can push to turn off the wireless networks in the United States. Instead, there are a few ways the federal government could exercise its power to shut down and restore internet and cellphone service (see below). It’s also unlikely that a “kill switch” would cause a nationwide blackout. Instead, the government is explicitly authorized to target a “localized area”””such as a bridge””or potentially an “entire metropolitan area,” according to a recent Government Accountability Office report. (Both DHS and the White House declined to comment for this article.)

Is it harder for the US government to kill cellphones or the internet? Communications experts say that killing phone service is probably easier, because there are only a few companies the government has to deal with to smother cellphone communications (the kill switch doesn’t generally govern land lines). Most mobile-phone service passes through physical connection points that are controlled by the big-name phone companies, including AT&T and Verizon. The US government would essentially have to compel these companies to turn off their cellphone towers. The feds could also use cellphone jammers to interrupt service in a localized area.

Experts say that shutting off the internet could be tougher. There are thousands of internet service providers in the United States. According to Allan Friedman, research director of the Center for Technology Innovation at the Brookings Institution, in Egypt, the government spent a lot of time prior to the anti-Mubarek protests making sure all of the nation’s internet service providers ran through a single entryway, so that it could easily shut things off. China is working on nationalized routing. That’s not the case in the United States, where trying to cut off internet in one office in Washington, DC, could mean trying to map cables in Baltimore and Virginia. “If the government attempted to disrupt the largest physical networks in the US, it would also likely disrupt its own communications,” Friedman notes. But Harold Feld, vice president at Public Knowledge, an advocacy group focused on communications and technology policy, says that big internet companies still control a large portion of subscribers in the United States, and if the top 10 service providers cooperated with the government, “you could shut things down fairly easily.”

Is it legal for the Obama administration to activate a kill switch? Yep, and kill switches aren’t new. In 1918, a congressional joint resolution authorized the president to assume control of US telegraph systems, in order to operate them during World War I. Then, in 1934, President Franklin D. Roosevelt signed the Communications Act, which decreed, “Upon proclamation by the President that there exists war or a threat of war, or a state of public peril or disaster or other national emergency, or in order to preserve the neutrality of the United States, the President, if he deems it necessary in the interest of national security or defense, may suspend or amend” both wireless radio and phone services, which means it’s not clear whether this could apply to internet service (although the Federal Communications Commission has used that argument before, when deregulating internet service over telephone lines in 2005).

What is clear is that in 2006, the Bush administration entered into a secret agreement with telecom giants and came up with a specific plan as to when and how the government can actually shut down these networks””called Standard Operating Procedure (SOP) 303. This is the plan that the US government is required to release under the federal district court ruling. In 2011, the White House asserted again that the administration has the legal authority to control private communications systems in the United States during national emergencies. And in 2012, President Obama reaffirmed that DHS could seize private facilities and shut down communications in a July executive order.

Why would the US government need to exercise a kill switch? The US government has always considered it a good idea to have full control over communications networks during a war. During peacetime, government officials could conclude that suspending cellphone service on a particular channel might stop would-be terrorists from setting off one or more bombs. There’s certainly the chance that some government official might consider shutting down communications to stop or hamper protests. This did happen in 2011 in San Francisco’s subway stations (see below), although not on the federal level. It’s possible that a wide-scale cyberattack that targets major financial and government institutions could require an immediate shutdown of internet service. In 2010, Sens. Joseph Lieberman (I-Conn.) and Susan Collins (R-Maine) attempted to pass legislation that would have allowed the president to take over private computer systems during a “national cyberemergency” for such a purpose. The controversial bill didn’t pass.

Critics contend that activating any kind of kill switch will do more harm than good. “I find it hard to imagine why an internet kill switch would ever be a good idea, short of some science fiction scenario wherein the network comes alive a la Terminator/Skynet,” Feld says. “At this point, so much of our critical infrastructure runs on the internet that a ‘kill switch’ would do more harm than anything short of a nuclear strike. it would be like cutting off our own head to escape someone pulling our hair.” The same argument applies to smothering cellphone service. “The benefit of people being able to communicate on their cellphones in times of crisis is enormous, and cutting that off is in and of itself potentially very dangerous,” argues Eva Galperin of the Electronic Frontier Foundation.

Has the government ever turned off cell phones or the internet? Yes””but the only known reports concern cell service. In 2005, shortly after suicide bombers attacked the London tube, federal authorities disabled cell networks in four major New York tunnels. The action was reportedly taken to prevent bomb detonation via cellphone, and according to a National Security Telecommunications Advisory Committee review, it “was undertaken without prior notice to wireless carriers or the public.” (In an April statement to Mother Jones, Verizon denied have any role in shutting down cell service in New York.) In 2009, during Obama’s inauguration, the feds used devices that blocked cellphones from receiving signals to prevent bomb detonation. In 2011, officials for the San Francisco transit system cut off cellphone service in four Bay Area Rapid Transit stations for several hours to preempt a planned protest over BART police fatally shooting a homeless man.

What are the constitutional problems? Civil liberties advocates argue that kill switches violate the First Amendment and pose a problem because they aren’t subject to rigorous judicial and congressional oversight. “There is no court in the loop at all, at any stage in the SOP 303 process,” according to the Center for Democracy and Technology. “The Executive Branch, untethered by the checks and balances of court oversight, clear instruction from Congress, or transparency to the public, is free to act as it will and in secret.” David Jacobs of EPIC says, “Cutting off communications imposes a prior restraint on speech, so the First Amendment imposes the strictest of limitations…We don’t know how DHS thinks [the kill switch] is consistent with the First Amendment.” He adds, “Such a policy, unbounded by clear rules and oversight, just invites abuse.”

What don’t we know about the kill switch plan? A lot. We don’t know the “series of questions” that help DHS determine whether it should activate a kill switch, how DHS will go about implementing the kill switch, how long a shutdown will last, and what the oversight protocols are. For example, Jacobs from EPIC says that, it appears that “DHS wouldn’t have to call up the president to implement this, he would be involved in the same indirect way that he is with all kinds of executive branch actions.” This information was requested in the FOIA lawsuit filed by (EPIC) and could be revealed as early as December. “Hopefully exposure of such a lunatic idea will allow the public to beat some common sense into these agencies,” says Feld.