Dr. Weeks’ Comment:  Again, cancer STEM cells are what we need to focus on.

“…The concept of cancer stem cells has gained traction in recent years, but remains a controversial topic””in large part because it has proven difficult to definitively isolate them…”

Getting at the Root of Cancer: Cancer Stem Cells Tracked down in Human Patients 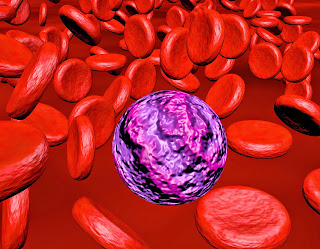 The backers of the cancer stem cell hypothesis just got a boost from scientists at the University of Oxford, UK, and the Karolinska Institute in Sweden, who last week used an advanced genetic tracking technique that identified, in patients, the presence of cancer stem cells””a small subset of cancer cells that many experts view as the underlying cause of cancer.

The concept of cancer stem cells has gained traction in recent years, but remains a controversial topic””in large part because it has proven difficult to definitively isolate them. Scientists have theorized that a small cadre of stem cells is responsible for propagating the growth of a patient’s cancer. So, even if the most advanced cancer treatments can destroy the tumor itself, there is always the risk of resurgence””unless the cancer stem cells are destroyed too.

“It’s like having dandelions in your yard. You can pull out as many as you want but if you don’t get the roots they’ll come back.”

As a result, considerable effort has been made worldwide to try track down these cells in their natural environment””because if they can be found, they could also be destroyed, thus destroying the cancer.

In this study, published last week in the journal Cancer Cell, the researchers studied patients who suffered from myelodysplastic syndrome (MDS), a blood condition that often progresses to acute myeloid leukemia. Using genetic tools, the researchers pinpointed specific cancer-driving mutations in the DNA of the tumor cells. Working backward, the team was then able to identify a small subset of cancer cells that had the hallmark properties of the elusive cancer stem cells. As explained in the news release:

“The MDS (cancer stem) cells were rare, sat at the top of the hierarchy of MDS cells, could sustain themselves, replenish the other MDS cells and were the origin of all stable DNA changes and mutations that drove the progression of the disease.”

Woll argues that these findings offer “conclusive evidence for the existence of cancer stem cells” in patients with MDS. The implications of this discovery, Dr. Woll argues, offer new insight into permanently eliminating a patient’s cancer:

“It is a vitally important step because it suggests that if you want to cure patients, you would need to target and remove these cells at the root of the cancer””but that would be sufficient, that would do it…. [These findings] give us a target for development of more efficient and cancer stem cell-specific therapies to eliminate the cancer.”

How are CIRM-funded scientists tackling leukemia? Find out at ourLeukemia Fact Sheet.