Ionizing radiation (IR) is associated with reduced hematopoietic function and increased risk of hematopoietic malignancies, although the mechanisms behind these relationships remain poorly understood. Both effects of IR have been commonly attributed to the direct induction of DNA mutations, but evidence supporting these hypotheses is largely lacking. Here we demonstrate that IR causes long-term, somatically heritable, cell-intrinsic reductions in hematopoietic stem cell (HSC) and multipotent hematopoietic progenitor cell (mHPC) self-renewal that are mediated by C/EBPÎ± and reversed by Notch. mHPC from previously irradiated (>9 weeks prior), homeostatically restored mice exhibit gene expression profiles consistent with their precocious differentiation phenotype, including decreased expression of HSC-specific genes and increased expression of myeloid program genes (including C/EBPÎ±).

These gene expression changes are reversed by ligand-mediated activation of Notch. Loss of C/EBPÎ± expression is selected for within previously irradiated HSC and mHPC pools, and is associated with reversal of IR-dependent precocious differentiation and restoration of self-renewal. Remarkably, restoration of mHPC self-renewal by ligand-mediated activation of Notch prevents selection for C/EBPÎ± loss of function in previously irradiated mHPC pools.

We propose that environmental insults prompt HSC to initiate a program limiting their self-renewal, leading to loss of the damaged HSC from the pool while allowing this HSC to temporarily contribute to differentiated cell pools. This “programmed mediocrity” is advantageous for the sporadic genotoxic insults animals have evolved to deal with, but becomes tumor promoting when the entire HSC compartment is damaged, such as during total body irradiation, by increasing selective pressure for adaptive oncogenic mutations.

“… But when radiation reduces the heath and robustness (what we call ”˜fitness’) of the stem cell population, the mutated cells that have been there all along are suddenly given the opportunity to take over…” 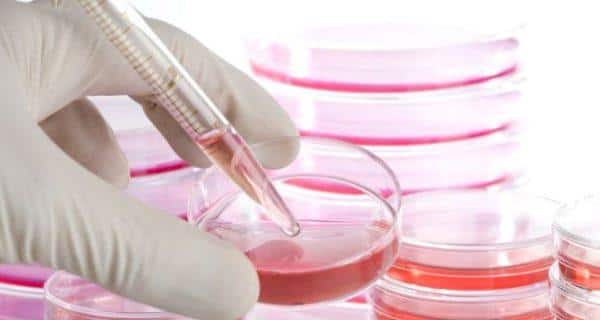 New York, Dec 30: After full body radiation, certain faulty stem cells re-engineer the blood system that creates cancer risk in people which can be prevented by artificially activating a stem cell maintenance pathway, research has found. ”˜In a healthy blood system, healthy stem cells out-compete stem cells that happen to have the C/EBPA (gene) mutation,’ said senior author James DeGregori, investigator at University of Colorado Cancer Center.”˜But when radiation reduces the heath and robustness (what we call ”˜fitness’) of the stem cell population, the mutated cells that have been there all along are suddenly given the opportunity to take over,’ DeGregori added. The study does not just shows why radiation makes hematopoietic stem cells (HSCs) differentiate; it also demonstrates that by activating a stem cell maintenance pathway, it can be kept at bay. Even months after irradiation, artificially activating the NOTCH signaling pathway of irradiated HSCs lets them act ;stemmy’ again – restarting the blood cell assembly line in these HSCs that would have otherwise differentiated in response to radiation, the findings showed. The Notch signaling pathway is an inter-cellular signaling mechanism essential for proper embryonic development. The researchers explored the effects of full body radiation on the blood stem cells of mice.In this case, radiation increased the probability that cells in the hematopoietic stem cell system would differentiate. Only, while most followed this instruction, a few did not. Genetic inhibition of the gene C/EBPA allowed a few stem cells to keep the ability to act as stem cells. With competition from other, healthy stem cells removed, the stem cells with reduced C/EBPA were able to dominate the blood cell production system.
The study appeared in the journal Stem Cells.