Purging retired cells from the body has been shown to undo the ravages of old age in a study that raises the prospect of new life-extending treatments .

When mice were treated with a substance designed to sweep away cells that have entered a dormant state due to DNA damage their fur regrew, kidney function improved and they were able to run twice as far as untreated elderly animals. 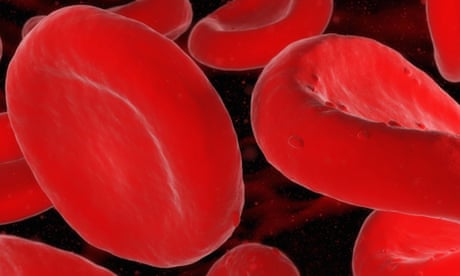 The team are now assessing whether the mice also live longer and are planning a series of safety studies in humans with the ultimate goal of testing whether getting rid of so-called senescent cells could help reverse a range of age-related disorders.

The discovery adds to a wave of new findings hinting at the possibility of a future in which doctors can treat ageing itself, rather than trying to combat the host of diseases that come along with it.

Such a scenario is now supported by science, according to Peter de Keizer, the 36-year-old scientist who led the latest work at Erasmus University Medical Center in the Netherlands. “Maybe when you get to 65 you’ll go every five years for your anti-senescence shot in the clinic. You’ll go for your rejuvenation shot,” he said. “That I can envision when we reach that age.”

As we age, our cells accumulate DNA damage, which beyond a certain threshold cannot be repaired. At this point, cells can either turn cancerous, self-destruct, or enter a semi-dormant state, called senescence. Initially senescent cells were thought to be neutral bystanders that no longer make a useful biological contribution but that are harmless.

However, about a decade ago, this picture began to change.

“It was found that these senescent cells secrete a whole load of junk and they’re not just bystanders but have a negative effect,” said De Keizer. He compares the cells to the toxic presence of a disruptive student in the classroom who drags down the performance of their neighbours.

There is now growing evidence for the role of senescent cells in age-related diseases, with higher concentrations of the cells being seen in arthritic joints, cataracts and the plaque-lined arteries.

Research published last year showed that removing the cells using a genetic trick caused mice to live 20% longer on average. The latest paper is the first to show that ageing can not only be delayed by removing senescent cells – but potentially reversed.

In the study, published in the journal Cell, scientists used a compound designed to knock senescent cells out of their state of suspended animation, towards cell death.

Two mouse populations – naturally-aged mice and ones genetically engineered to age rapidly – were given infusions of the peptide three times a week for 10 months.

Initially the scientists planned to simply assess kidney function, but a laboratory technician pointed out that some of the balding mice had undergone a remarkable physical transformation.

“The technician said: ”˜Look Peter, the mice have regrown their hair, we’ve never seen that before’,” said De Keizer. The animals’ sluggish disposition also changed and they started moving around more and exploring their cages.

Fast-ageing mice with patches of missing fur began to recover their coats after 10 days and after about three weeks, the fitness benefits began to show, with older mice running double the distance of their counterparts who did not receive the anti-senescence treatment. A month after treatment, aged mice showed an increase in markers indicating healthy kidney function.

The findings raise the possibility that a future therapy that rids the body of senescent cells might protect against the ravages of old age. But many more tests will be needed before scientists know if drugs can be developed to help people live longer.

Questions remain about the limitations of the technique: at some stage, presumably, the body would come up against the problem that not all tissues can be regenerated, meaning that fewer cells would be left. “My fear was that taking out cells the mice would just implode,” De Keizer said, adding that while he found no evidence that the mice had began to shrink, this might become an issue beyond some threshold.

The team plan to carry out a safety clinical trial in people with an aggressive form of brain tumour, called Glioblastoma multiforme, in which cells happen to feature a similar marker to those in senescent cells, making the peptide a possible treatment for this form of cancer.

Juan Carlos Izpisua Belmonte, a scientist at the Salk Institute in La Jolla, California, who recently published a separate study hinting that ageing might be reversible, described the latest work as “superb”. “I think approaches aiming at the elimination of senescent cells will probably be in clinical trial in the next few years. Peptides such as this one are almost ready to go into clinical trials.”