Dr. Weeks’ Comment: Not helpful. Can cause the flu in a terrible complication.

Flu shot less than 20% effective for most common strain this season, scientists find 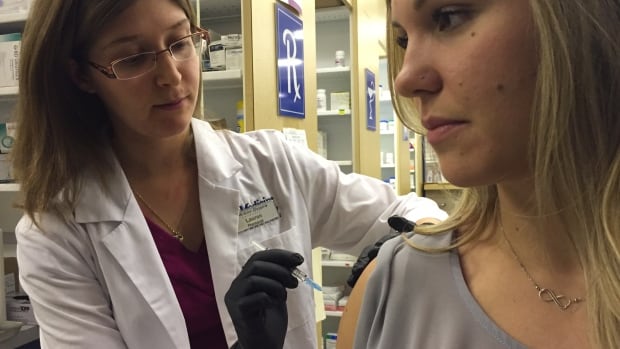 The flu shot was 55 per cent effective overall in preventing cases of the respiratory illness caused by the dominant B strain of influenza affecting Canadians this season, researchers estimate. (Colleen Underwood/CBC)

(Note: CBC does not endorse and is not responsible for the content of external links.)

The effectiveness of this season’s flu shot has been extremely low, with the vaccine preventing only 10 to 20 per cent of infections caused by the dominant H3N2 strain affecting Canadians, researchers have found.

The mid-season estimate for the vaccine’s ability to provide protection from this particular influenza strain is in line with what Australia experienced during the southern hemisphere’s flu season, which ended in late August as Canada’s was about to begin.

“That means people who were vaccinated should not consider themselves invincible for this season,” said lead researcher Dr. Danuta Skowronski, an infectious diseases expert at the BC Centre for Disease Control.

Both Canada and Australia used the same vaccine components, which were meant to offer protection against two A-type influenza viruses —H3N2 and H1N1 —​ and a B strain.

The same vaccine was used last season in Canada and found to be 42 per cent effective in preventing cases of H3N2 in this country.

But because the virus appears to have genetically mutated somewhat since then, the vaccine is less effective this year.

The researchers, members of the Canadian Sentinel Practitioner Surveillance Network, found the flu shot was 17 per cent effective in preventing the respiratory illness from the H3N2 virus overall, but only 10 per cent effective for working-age adults 20 to 64. 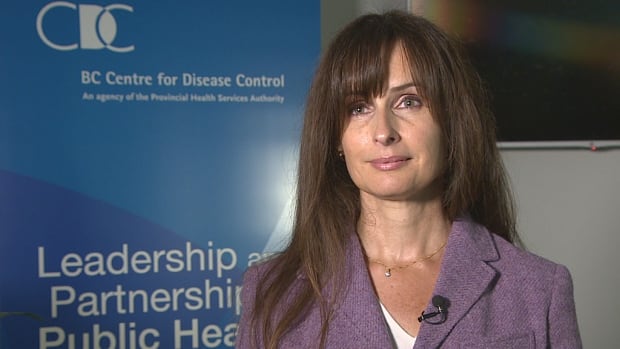 The bottom line is the protection for the H3N2 virus is low this season, says Dr. Danuta Skowronski. (CBC)

“Neither estimate was significantly different from zero, so we can’t rule out the possibility of no protection,” Skowronski said of the Canadian and Australian findings.

“The bottom line is the protection for the H3N2 virus is low this season.”

To put the figures in context, a vaccine effectiveness of 10 per cent means nine in 100 people who got the shot would still come down with the flu, compared to 10 people out of 100 who weren’t vaccinated, Skowronski explained.

“So it’s not a big reduction in risk for the H3N2 component this season.”

Take other protective steps against flu

However, Skowronski said the flu shot was 55 per cent effective overall in preventing cases of the respiratory illness caused by the dominant B strain of influenza also affecting Canadians this season.

That strain is known as B/Yamagata. But interestingly, the component in the vaccine is B/Victoria — which has a completely distinct viral lineage from B/Yamagata.

A 55 per cent vaccine effectiveness suggests there is good cross-protection between the two B strains, said Skowronski.

“What this is saying to us is that vaccine effectiveness and immunity to influenza viruses is more than about the antigenic match that we have previously understood to predict vaccine protection. There are other things that are driving it.”

What this all means is that Canadians who got inoculated can’t rely solely on the vaccine to protect them from coming down with the flu this season.

“So washing your hands often with soap and water to minimize contamination … [and] if you do become sick, you should stay home from work to minimize the spread to others, and avoid close contact with higher-risk individuals, so social distancing measures.”

That includes avoiding visits to long-term care homes because the elderly have the greatest risk of getting sick from the H3N2 virus and developing complications that can lead to hospitalization or even death.

The mid-season estimates were published Thursday in the online journal Eurosurveillance.