Dr. Weeks’ Comment: The most common cancer your 15-19 year old will get is a brain cancer called glioblastoma.  But wait, what is any young person doing getting cancer? Well, have they been HOLDING a cell phone much less putting it up against their brain for hours a day? If you have read these pages for the past decade you would have learned the 5/8th of an inch rule. The manual for a common cell phone warns you NEVER to have the phone on and closer than 5/8th of an inch to your body: i.e. never touch it when it is turned on.

It is best to prevent cancer but if you get glioblastoma, eat anti-inflammatory seeds.

My thanks to Paul Doyen for sending me this report and for keeping our attention on this Plague of the 21st century.

Glioblastoma Multiforme (GBM), a type of glioma, which is the most aggressive form of brain cancer and a cancer affecting 3 in 100,000, has increased in incidence.  It is the same type of cancer which killed Senator John Mc Cain, Ted Kennedy, Johnnie Cochran, and which has afflicted Maria Menounos’ mother.

It is also the same type of brain cancer that rats that have been exposed to cell phone radiation in the $25 million US government’s NTP study developed (while rats NOT exposed to cell phone radiation did not exhibit any cancers)  http://biorxiv.org/content/early/2016/05/26/055699.full.pdf+html and which the study’s peer review board has determined that there is “clear evidence of cancer” from cell phone radiation  https://factor.niehs.nih.gov/2018/4/feature/feature-2-cell-phone/index.htm
A report published in the journal Neuro-Oncology and funded by the American Brain Tumor Association (ABTA) finds that gliomas are the most common cause of cancer-related deaths in adolescents and young adults aged 15-39 and the most common cancer occurring among 15-19 year olds  (see p. 18 of study  http://neuro-oncology.oxfordjournals.org/content/18/suppl_1/i1.full.pdf+html?sid=fe341f7a-b6c5-4ac2-ae9f-6c2d4f54cc08)
GBM has increased according to studies from around the world, with the highest increases in the frontal and temporal lobes  https://www.saferemr.com/search?q=glioblastoma 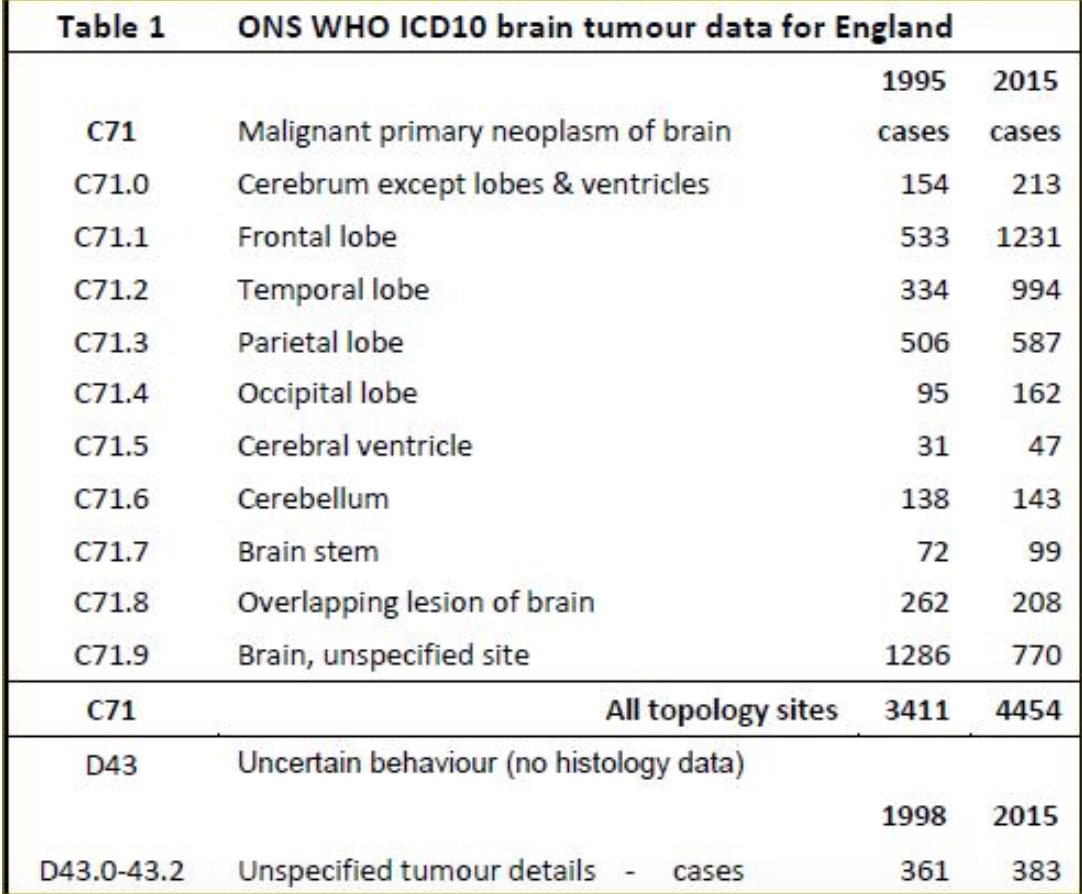 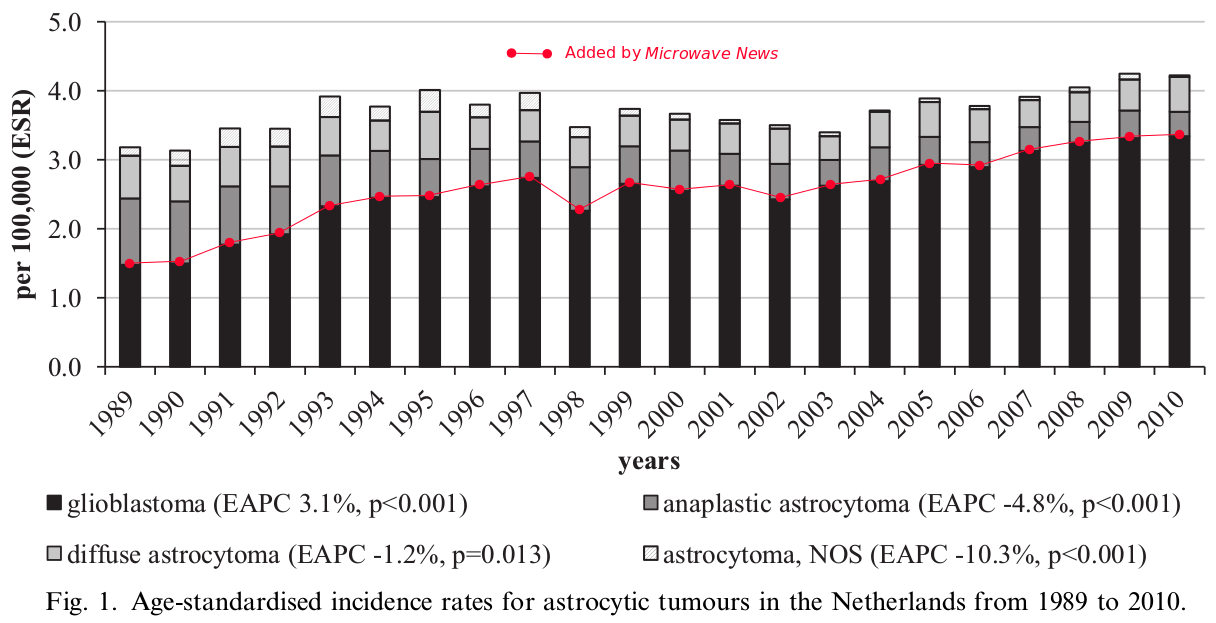