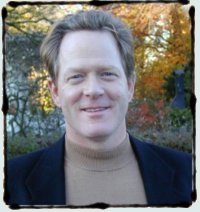 Thanks to Congressman Ron Paul, M.D.  this SHOCKING news is getting out.

“Buried deep within the over 1,000 pages of the massive US Health Care Bill (PDF) in a “non-discussed” section titled: Subtitle C-11 Sec. 2521”” National Medical Device Registry, and which states its purpose as:

“The Secretary shall establish a national medical device registry (in this subsection referred to as the ”˜registry’) to facilitate analysis of postmarket safety and outcomes data on each device that”””˜”˜(A) is or has been used in or on a patient; and ”˜”˜(B) is a class III device; or ”˜”˜(ii) a class II device that is implantable.”

In “real world speak”, according to this report, this new law, when fully implemented, provides the framework for making the United States the first Nation in the World to require each and every one of its citizens to have implanted in them a radio-frequency identification (RFID) microchip for the purpose of controlling who is, or isn’t, allowed medical care in their country.