Dr. Weeks’ Comment:  Once again with feeling, we have the old dance of quality vs. quantity.  How can you be starving when full?  Can empty calories fill you up while you remain malnourished? The concept of food deserts is catching on, places where you can eat things (which aren’t really food because they don’t nourish) and continue feeling unwell. Now one of my generation’s first teachers of nutrition, Frances Moore Lappe reminds is that there is no such thing as junk food.  There if food and there is junk and simply being edible does not a food make!

The New Face of Hunger: How Statistics Underestimate the Food Problem

The UN’s official hunger measure captures only annual calorie deficiencies – an insufficient measure when, in the United States, about 40 percent of the calories our children eat are nutritionally empty. (Photo: Niels Linneberg / Flickr)

Soon after I wrote Diet for a Small Planet, my sound bite became: “Hunger is not caused by a scarcity of food but by a scarcity of democracy.” I argued that democracy means everyone has a voice that is heard. In our just-released book, World Hunger: 10 Myths, Joseph Collins and I share stories of citizens, including the world’s poorest, stepping up to create such democracies. Writing the book shook me up a lot. It called me to commit with new urgency and hope to focus on hunger’s root solution””what I call “living democracy”””and to help to strengthen the citizens’ movements necessary to bring it about.

When I wrote Diet for a Small Planet 45 years ago, scary headlines told us that “too little food and too many people” make famine inevitable. I discovered that there was more than enough food for all of us””but we’ve created food systems that actively turn plenty into the experience of scarcity.

Now, 800 million are counted as “hungry,” while we produce about 40 percent more food per person than we did when I first sat furiously adding up the numbers. Daily per capita calories available stand at almost 2,900, well above what’s necessary.

So here we are, with continuing hunger alongside vast abundance and waste.

United Nations agencies tied to the Millennial Development Goals (MDG) celebrated in 2015 that the world came mighty close to the MDG target of cutting the share of hungry people in so-called developing countries by half, compared to 1990.

Few appreciate, however, that the official hunger measure captures only annual calorie deficiencies. A person could experience extreme hunger between harvests, for example, and still not register in this official total.

What I didn’t foresee when I began this journey, however, was hunger’s new face: a growing disconnect between food and nutrition that requires a profound rethinking of hunger.

In the United States, about 40 percent of the calories our children eat are nutritionally empty. The impact of a similar disconnect in regions of vast hunger is startling: A doctor in a rural Indian clinic told me of a major change over the last few decades. “My patients get enough calories,” he explained, “but now 60 percent suffer diabetes and heart conditions.”

The Lancet says that from 1990 to 2010, unhealthy eating patterns outpaced dietary improvements in most parts of the world. Now, “most of the key causes” of noncommunicable diseases are diet-related and predicted by 2020 to account for nearly 75 percent of all deaths worldwide.

Given the widening disconnect between calorie intake and nutrition, the official measure is an increasingly inadequate indicator of nutritional well-being. So let’s look at two other indicators of the crisis.

About 1 in 4 of the world’s children under age 5 is stunted, according to the World Health Organization, typically resulting in lifelong health problems. Causes include too little food and nutritionally poor food for pregnant women and children, and lack of clean water necessary to absorb needed nutrients.

A second telling measure: Two billion of us are deficient in at least one essential nutrient””a deficit often causing great harm. Vitamin A deficiency, for example, means blindness for up to half a million children each year, and iron deficiency is linked to 1 in 5 maternal deaths.

Thus we propose a radical reframing of the crisis:  At least a quarter of the world’s population is suffering what we call “nutritional deprivation,” a huge jump from the official 1-in-9 hunger estimate based on calories alone.

As motivating as this shocking reality is for me, equally so are social movements reconnecting farming and nutrition””moving to biodiverse farming and eschewing processed foods. In southern India, I met poor women farmers of the Deccan Development Society who beamed with pride and good health as they described their journey from dependence on nearly nutritionless polished rice to food security via plots as small as 1 acre on which they cultivate as many as 20 crops.

Facing the suffering of nutritional deprivation, we can take heart from courageous people in movements across the world who are creating genuine democracy from the village up. It’s the living democracy to which I want to devote the rest of my life. 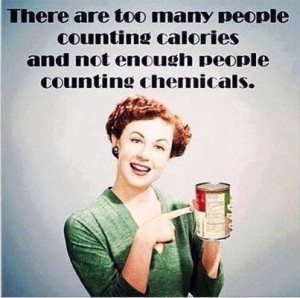